Messy Rack, the secret of success in Amazon warehouse

In April 2017, Cafebiz (an online business press in Vietnam) has released an article about how MESSY the racks are inside Amazon Fulfillment Centers and how such practices play a key role in the e-commerce giant’s operation efficiency. Several benefits that are listed by Cafebiz include reduction of stow time, space optimization and simplification of pick process. However, the WHYs and HOWs of how MESSY racks bring about such benefits are yet to be addressed in the article. Amazon.com started out as a platform for books 22 years ago but has since evolved into what we now know as the “everything” store. The operations knowledge in the organization are modeled, tested and refined time and time again to deliver the most outstanding customer experiences that nobody thoughts PLAUSIBLE in previous decades. MESSY rack is an unconventional innovation at Amazon that can easily take pages to explain properly. It is an organized chaos that many operators in the pre-internet era have tried and failed to address. The practice is counter-intuitive and requires ones to hit the refresh button of all operations knowledge before 1997 (*) to understand.


The CONVENTION of the past


Traditional warehouse of a business has different SKUs stored in various separate section of the warehouse. Associates (workers) must remember which sections a specific SKU goes and put the products away accordingly. Meanwhile, it fairs no better in outbound since picking accuracy requires just as much human memory.

Exhibit 1a shows a stock arrangement plan of a business that starts out with only 4 different SKUs. When construction is finished and stocks are transferred in for the first time, the layout looks rather organized and easy for anyone to remember. However, over time when inbound purchases and outbound sales start kicking in, fluctuations will become unavoidable and stocks will start running all over the place (Exhibit 1b).


One may argue that associates can stick to the plan and keep stock A in its dedicated spaces in the initial 1a layout. However, such practice is only possible in theory. In reality, many warehouse operators find themselves running out of the dedicated spots and start developing temporary storage to put just about anything anywhere. Stock A is out of dedicated space so we can temporarily inbound A in the back of the warehouse. But then “the back of the warehouse” becomes full of every single stock from A to D while Stock B dedicated spot is cleared out after a sales campaign, we can, again, temporarily inbound D into that spot. Only temporary, right?


Unfortunately, such temporariness becomes permanent and causes the running layout to be much more messy and harder for anyone to memorize. In smaller warehouse, where every stock is visible to human eyes, memorizing is perhaps not too big of a deal. However, if the business grows big and expands its warehouse to the point that no ordinary person can identify a product at one end of the warehouse while standing at another end, memorizing can be a major trouble (Exhibit 2)

With the help of pre-internet computerized system, operators in a warehouse similar to Exhibit 2 can assign barcodes to bins (storage spaces) and ties all stocks within a space to a bin. However, even if stock availability is recorded correctly on the computer, there is no real-time connection that improves on the human memory part.


A convention idea in this case would be to re-arrange stocks by SKUs (Exhibit 3) and ease the pain of having to remember everything for associates. Yet, this basically means shifting the labor hours from picking functions to re-arrangement. The cost per unit will continue to rise as businesses scale up. Hard-core operators are strongly preferred since their multitude of experiences can help company saves a large chunk of money.

Yet, regardless of how experienced an operator is, there are two kind of expenses that seem unavoidable in traditional warehouse operation models: Firstly, the extra labor hours that are required for either picking or re-arranging activities and secondly, disposals of outdated and non-sellable stocks that are forever in the back of the warehouse.


Is organized better than messy?


Admit it. Despite how enjoyable it is to see a tidy desk or room, some of us just find it difficult to know where our things are if someone happen to clean it up. Maybe, in the chaos we create, there are some actual efficiency.

A MESSY warehouse is similar. Suppose an associate is to pick Product A, Product C and Product I in Exhibit 2 layout, we will have a pick path as shown in Exhibit 4a

Meanwhile, if we pick the same products in a more organized layout, the pick path will be like in Exhibit 4b

Comparing the two pick paths (Exhibit 4c), one can easily see that the path in a MESSY layout is shorter than that in a more organized one. We can pick almost all other combination and over 95% of the time, MESSY paths are shorter than their organized counterparts.

Overall, we can say that leaving the racks a bit messy will be better for outbound picking and order fulfillment lead time but with a condition … we must be able to make it visible to associates down the lines


The UNCONVENTION of Internet and Wifi


The invention of internet and Wifi disrupts the way information was exchanged in the past. Now people can have real time information of which bin a product is stowed in at any certain point in time. Using bin-specific information and carefully designed algorithms, an operations management system can generate the shortest possible path for associates to pick products and fulfill orders (pick path optimization). Such a system allows people to stop thinking and pushes the VISIBLE bin locations as well as product description info onto associates’ mobile devices one by one during the picking process. This way, pick time can be reduced and an order can be fulfilled much more quickly.


On the inbound side, instead of walking from one end of the warehouse to another just to put a product in its dedicated SKU location, people can simply scan the product and put it away into the nearest bin that fits it physically. Once the product is recorded onto the bin barcode, it will seamlessly continue into outbound without much human effort.


All in all, whether it is space optimization, reduction of pick time or stowing convenience, MESSY rack is a YES in the new age. But if you still have stock re-arrangement policies run along sing with an internet-driven operations management system, it’s about time to review whether your operations beliefs are those of pre- or post-1997. 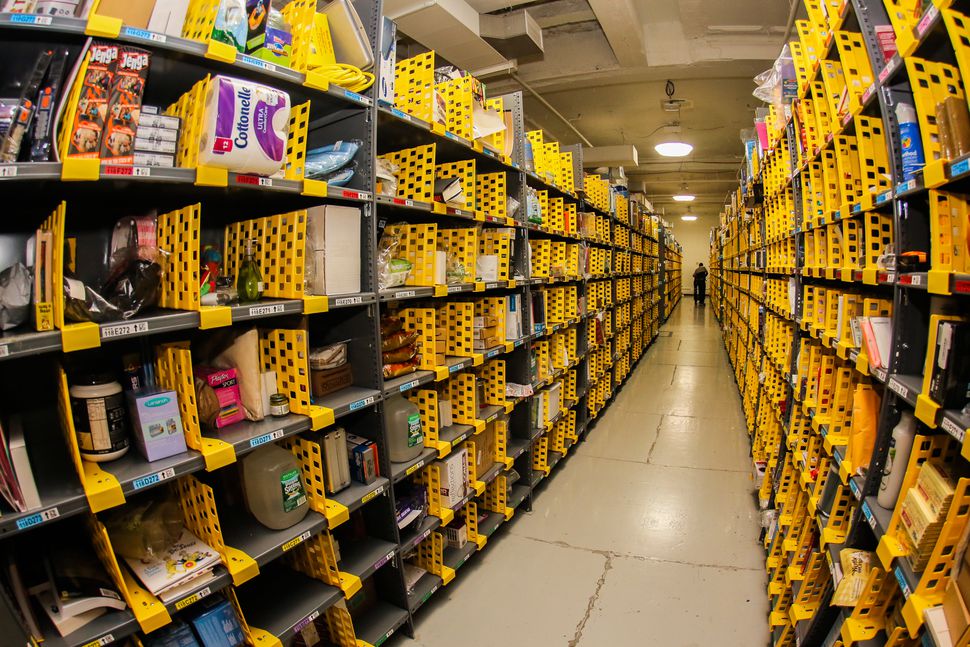 Messy Rack, the secret of success in Amazon warehouse 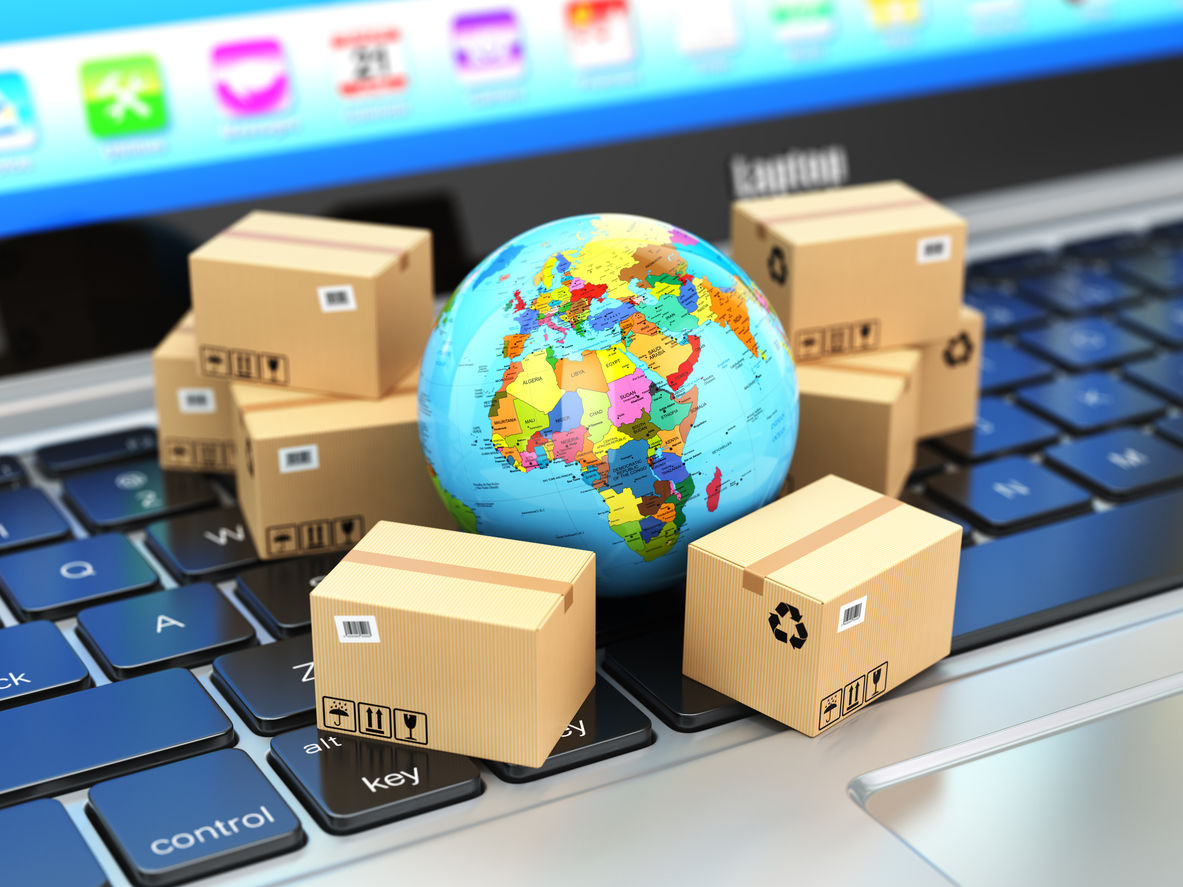 Logistics – the underlying infrastructure for OTT E-commerce service in Vietnam